Through our collaboration with Battelle, GreenFire® helped a fire department in North Carolina become the first in the state to destroy its stockpile of toxic fire foam and replace it with an effective, non-toxic alternative.

An excerpt of the article, published on September 16, 2022, by Spectrum Local News – Charlotte N.C is included, below.

In North Carolina, the Office of the State Fire Marshal told departments to inventory all their old foam and report to the state if they had to use it, according to Waxhaw Fire Chief Gregory Sharpe.

Waxhaw is a small town south of Charlotte, not far from the South Carolina border.

“We found all the foam we had at both stations, moved it all to our main station, tucked it away and were just waiting for some kind of guidance on how to get rid of it,” he said. All told, they had about 225 gallons.

This is where a company called Battelle comes in. It’s a nonprofit scientific organization. A separate company, called GreenFire, transports the old foam and replaces it with a new, safer alternative.

“Several years ago when we saw PFAS becoming a challenge in the environment, we invested in technologies for treating, disposal and destruction of PFAS,” said Battelle’s Amy Dindal.

They worked with the technology for a couple of years and came up with what they call the PFAS Annihilator, a system that actually destroys the chemicals that make PFAS bad for the environment, she said.

The nonprofit came up with a mobile system that they can send out to communities that will destroy the old foam. Then GreenFire will replace the old toxic foam with a much safer fire foam. 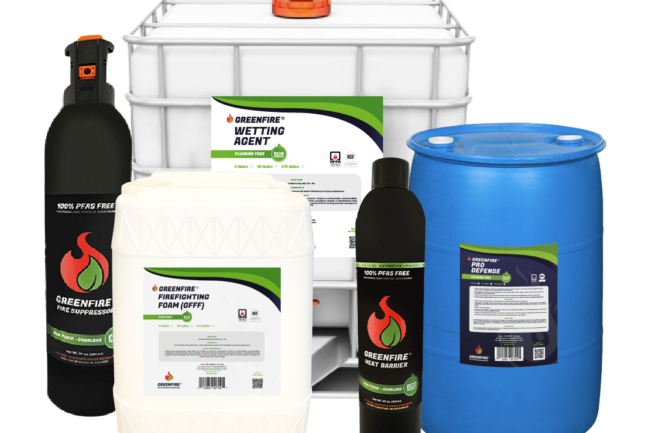 If you are interested in utilizing the same full-circle solution we implemented in Waxhaw, NC — featuring Battelle’s Annihilator (TM) PFAS Destruction technology and GreenFire’s Multi Class Non-Toxic Firefighting Foams — please contact us today and a member of our team will be happy to assist!